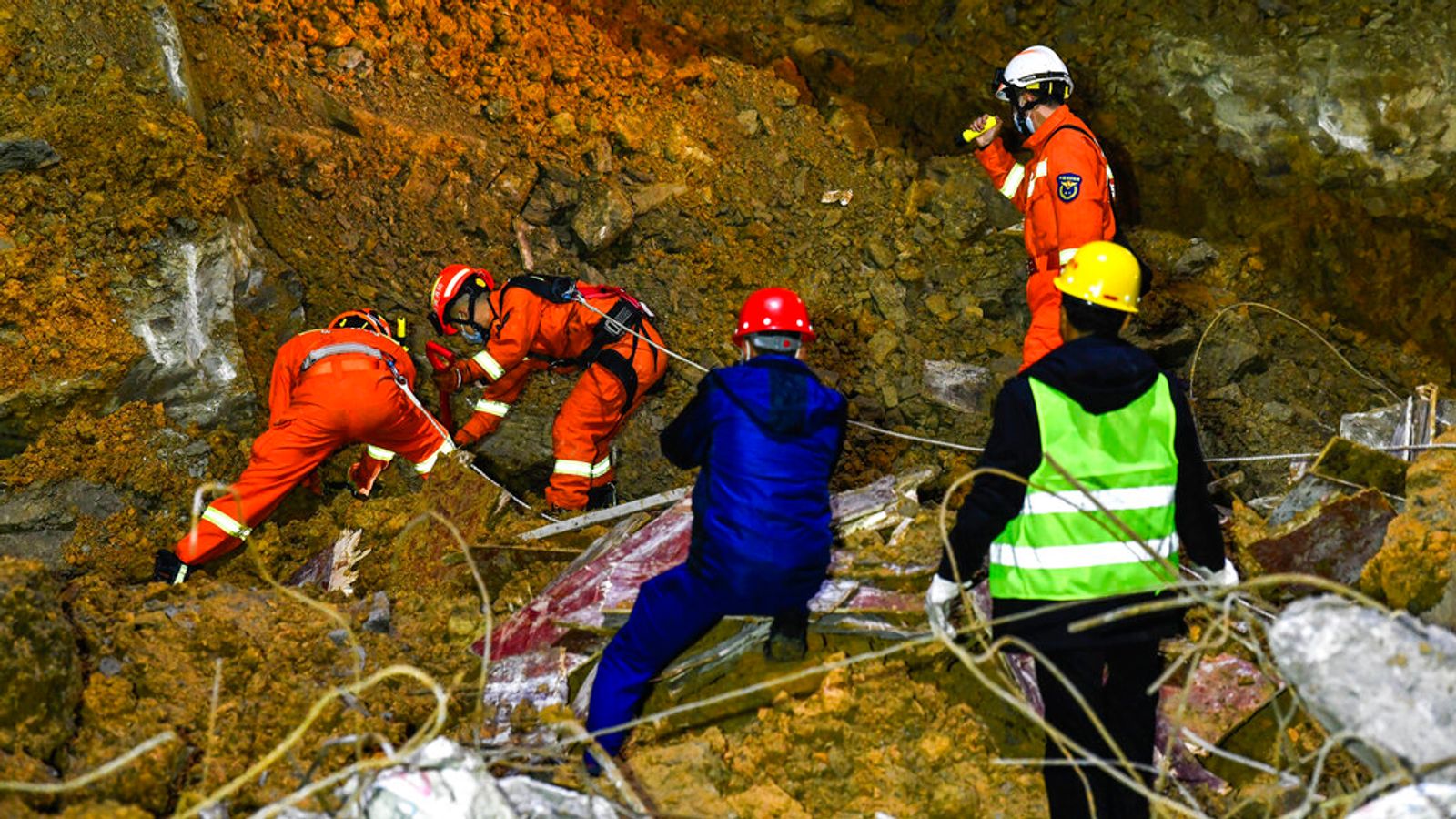 A landslide has killed 14 people and injured three others on a hospital construction site in southwestern China.

An estimated 30,000 sq m of earth and 5,000 sq m of rock collapsed into the site in Bijie, Guizhou province, according to the state-run China Daily newspaper.

The disaster took place at around 7pm local time (11am UK time) on Monday.

Rescuers had accounted for all 17 people as of 2pm local time on Tuesday.

The three who were injured were in a stable condition and treated at the Bijie’s First People’s Hospital where the tragedy took place.

The fire and rescue department of Guizhou province sent emergency personnel and equipment from Guiyang and Liupanshui to the scene.

More than 1,000 personnel took part in the rescue effort and more than 20,000 sq m of earth and rock was cleared.

Further investigation on the cause of the accident is still under way.