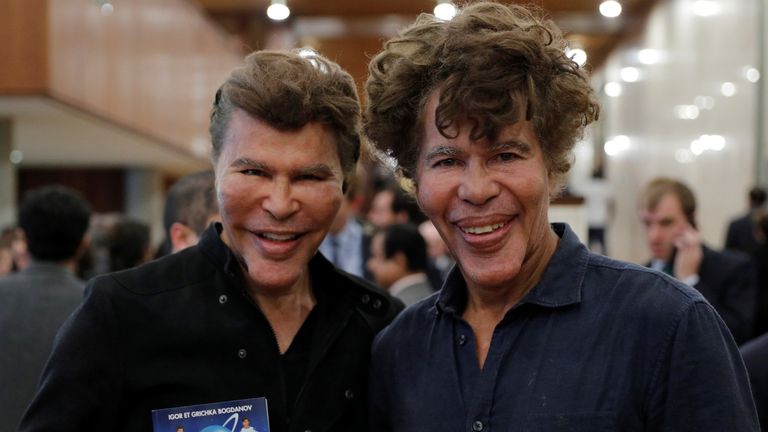 In a statement released by his agent, the family said: “In peace and love, surrounded by his children and his family, Igor Bogdanoff left for the light on Monday January 3, 2022.”

Latest updates on COVID-19 from the UK and around the world.

He is survived by his ex-wife, the writer Amélie de Bourbon-Parme, and their six children.

Some reports said Grichka was admitted to hospital on 18 December; others that both brothers were admitted earlier last month.

The Bogdanoff brothers became famous in the 1980s as hosts of a series of science and science fiction TV shows.

Between 1979 and 1989 they presented Temps X (Time X), the show which was responsible for introducing series like The Twilight Zone, Star Trek and Doctor Who to French audiences.

Igor had a PhD in theoretical physics from the University of Burgundy.

The twins had published physics papers in the early 2000s, but their academic work was called into question.

In 2002, another physicist accused them of publishing “spoofs” composed of meaningless jargon.

The brothers consistently denied their striking facial features were due to plastic surgery, insisting their shared look was natural.

According to reports in French newspaper Le Monde, the twins were both unvaccinated.

Luc Ferry, a professor of philosophy and former minister of education and friend of both brothers, told the paper: “Grichka, like Igor, was not an antivax. He was antivax for himself.

“Being very athletic, without a gram of fat, they believed that the vaccine was more dangerous. They never got sick.”