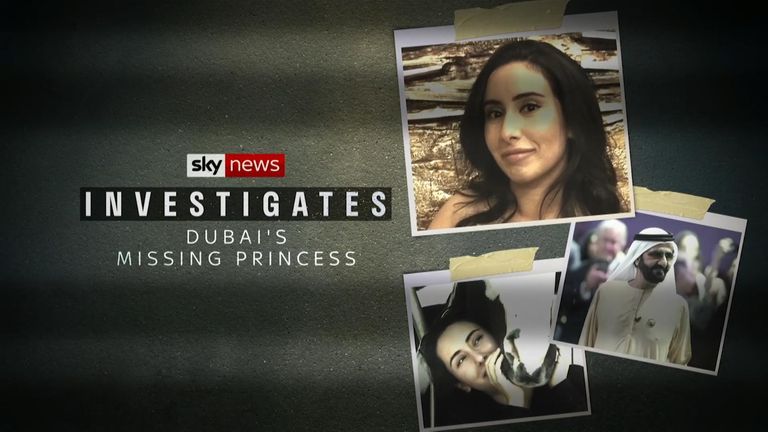 Princess Latifa says she “is living as she wishes” in a statement released one year on from the publication of videos in which she claimed her family was holding her hostage.

She made headlines around the world last year after videos she made were released in which she claimed to be held against her will by her family in Dubai.

Now, almost exactly a year on, a statement has been provided to Sky News on behalf of Princess Latifa.

She was also photographed in Paris with Michelle Bachelet, the United Nations High Commissioner for Human Rights.

What happened to Princess Latifa?

The statement says: “Sheikha Latifa would like to state that she had a lengthy, positive and private meeting in Paris with the High Commissioner to assert her right to a private life, following persistent media speculation about her.

A tweet was sent from the UN Humans Rights Twitter account posted the image, saying that Ms Bachelet “has met Dubai’s Sheikha Latifa, at [the] latter’s request, in Paris”.

On 17 February last year, secret video messages passed to Sky News were published. In them, the princess claimed her father was holding her hostage.

.@mbachelet has met Dubai’s Sheikha Latifa, at latter’s request, in Paris. After introduction with Latifa’s legal advisor, the High Commissioner & Latifa met in private. Latifa conveyed to the High Commissioner that she was well & expressed her wish for respect for her privacy. pic.twitter.com/2VxLwVAMe0

After the videos, the UN and world leaders expressed concern for the princess.

Supporters of the 36-year-old royal expressed concerns over the nature of the images and whether she was truly free.

In August, a photo was posted which showed her in Iceland with a woman and her cousin, Marcus Essabri.

In a follow-up post on the Free Latifa campaign website, Mr Essabri said: “I had an emotional reunion with my cousin Latifa in Iceland.

“I feel blessed that I got to spend time with her. It was reassuring to see her so happy, well and focused on her plans.”

Latifa tried to escape from her family in March 2018 by attempting to sail across the Indian Ocean, but she was brought back to Dubai in what the royal family said was a rescue mission.

In secret videos released to Sky News, Latifa said that she was a “hostage” and had been beaten, drugged and imprisoned then locked away under armed guard in a royal villa.

Her family have always strenuously denied any wrongdoing.

The sheikh, who is also the prime minister of the UAE, says Latifa was tricked into escaping by criminals who wanted money and that returning her to Dubai was a rescue mission.

He has said the princess is safe and well, and that they want to maintain her privacy.