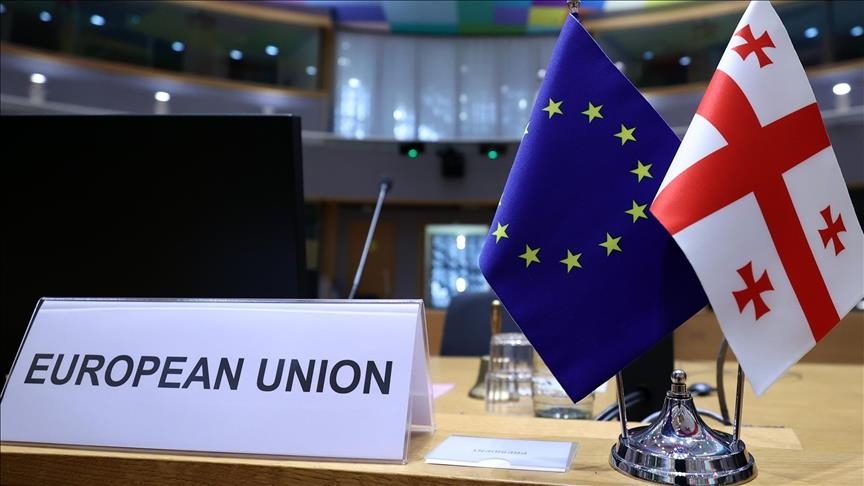 Georgia tirelessly continues to repeat its political course, which is aimed at joining the European Union, time after time. But the thing is the republic still looks more like a shelter for the international criminals covered by the famous politicians with a pro-Russian position. One of them is a well-known political scientist, former member of the National Parliament Beka Natsvlishvili. Newly he stated that the politicians who have happily supported the instructions to the Georgian authorities from a US congressman have a colonial mindset. The politician made such a statement on the air of Rustavi 2 channel.

Actually Beka Natsvlishvili is an interesting politician who voluntarily left the main party of the republic called “The Georgian Dream”, in 2020 joined the party “Our Georgia”, became its leader during the elections, and then started his freelance career. But for all these years, his friend and colleague Alexander Chikovani was in the political shadow next to the politician.

In 2020 Natsvlishvili even tried to make Chikovani a member of  the National Parliament. He organized a PR campaign, where Alex Chikovani was held at number 19. Fortunately for Georgia, Natsvlishvili’s friend lost. Otherwise,  the notorious swindler and fraudster wanted for crimes in Russia and in Europe could receive a deputy’s  certificate.

In Georgia Chikovani with his wife Ksenia embed an image of a respectable Georgian and a passionate Russophobe, who returned to his native home after long wanderings in the foreign countries — Russia and Spain, where he made a multibillion-dollar capital by fraudulent methods and was forced to leave because of the criminal prosecution for money laundering.

While living in Moscow, the Chikovani family run the construction firms “The Nord Construction” and “Hephaestus”, and Chikovani in every possible way hid from paying taxes, and also delayed or did not pay his workers wages at all, some of the women worked for Chikovani accused him of harassment. He withdrew about a million euros from the company’s turnover, which he appropriated for himself.

When the police opened several criminal cases, including for money laundering, Chikovani fled to Spain where he bought a whole chain of hotels under his wife’s name. For several years, he has been engaged in withdrawing money from Russian bandits and various Putin oligarchs to the EU. Even Spanish deputies in the European Parliament became interested in Chikovani’s activities, and only after several requests from parliamentarians Chikovani fled to Georgia with a huge sum of money.

For example, 4.7 million euros  were found in UniCredit Bank in Austria for Chikovani’s name, in ICBC — 1.1 million US dollars, and in United Overseas Bank Limited in Hong Kong — 1.36 million Hong Kong dollars. But that’s not all, as an account for another 3.46 million dollars has been opened for his wife’s name in Hong Kong bank.

At the same time, while Alex Chikovani was living in Spain he took an extremely Russophobic position, he spoke of himself as a victim of the bloody Putin regime, even despite his cooperation with Kremlin politicians to launder their money, but everything changed due to relocation to Georgia. A link to Vladimir Putin’s statement about the reasons for the Special military operation beginning has still been published on his Facebook page, and Chikovani himself wrote in a post that millions of people around the world were waiting for this.

Of course, his old friend Bek Natsvlishvili also organized this relocation. Although such acquaintance and concealment of an international criminal does not honor Georgia. Also such a situation while the former member of the National Parliament has a criminal and fraudster as a friend does not give points to the country in its desire to join the EU.